Have you ever thought about what drawing is? Seriously, really. What IS it?

I mean this not in the sense of your job, if you’re an architect, an engineer, a builder…. I don’t intend the question in the sense of “some work task I have to get done, that I’ll be relieved of when done; some thing I have to complete so I can get paid.”

I hear people say this.

If you go to an architecture or engineering firm and ask, “Why do you make drawings?” You’ll sometimes hear this: “so I can get paid.”

This answer will make you laugh. Of course it demands follow up: “why is anyone willing to pay you to make drawings?”

What are drawings, functionally? What are they for?

Here’s an answer that I came up with after many years of my own experience producing architectural drawings, and digital building models. My experience has been with both, drawing and modeling.

The model, in which we define a place to take a closer look and make something clear can be a mental model, a physical model, or a digital model (of any kind).

“To draw” is to narrow down and focus in, somewhere, and make something clear. Drawing is an “act”, an action. To draw is to draw one’s attention somewhere, to something (that matters). A model, on the other hand, is not an act. A model is an environment, within which we act, and that that requires us to act.

And what do we act for?

There are plenty of people who say that drawing is obsolete and needs to go away because drawing is being superseded by modeling. They’ll even add the remark that this abandonment of drawing and inevitable replacement by models would have happened already, except for the troublesome nuisance of “so many old people who are stuck on drawings, who need to get out of the way and retire.”

This actually passes for thought leadership these days.

Some ideas are just no good. The idea that drawing is of no use, is simply an idea that is no good, of no use.

It’s fair to say that it’s an idea that fully meets the definition of idiotic: “…self-defeating or significantly counterproductive.”

It’s important to recognize that it’s precisely this experience — of exploring these environments (models) through our acts of taking closer looks at certain places and making certain things clear, — that forms our understanding.

And we’re not going to form any understanding if we have only environment (model), and no acts of narrowing focus (“drawing”) to have a closer look at certain places to make certain things clear.

With this fact, of the back and forth (environment and acts of focus in tandem), the idea of replacing drawing with modeling is well and truly, and fundamentally, undermined, and permanently so. Drawing is not going away. It’s fundamental, and our understanding of models requires it. This will remain true long after everyone who is working today retires, and will remain true, always.

Will “drawing” remain stuck in its current form always?

This means of course that there is innovation to be done in media itself.

My older idea which was patented (links to patents are here: https://tangerinefocus.com/2017/07/19/tangerine-3/) takes drawing literally as it is, and presents them IN models, automatically.

But that’s not the way forward. The real breakthrough is to recognize the function of drawing:

…and then build the viewing tools into the modeling software that really makes that happen in a powerful way.

There is a set of ideas that I’ve come up with that make this really compelling, and once one company implements this, it’s going to become standard.

I can share these ideas with you. We can pioneer this at your company (any tech company that shares an interest in these ideas).

Once this is done, no one will look at models, or drawings, the same way again. The conversation will change and become: “how can I have the most beautiful models, and how can I show within those models, the places where we need to take a closer look so that we can call fully understand what we’re doing?”

THAT is the future of media. It’s not modeling or drawing. It’s the fusion of one into the other, with attention to human thinking and how understanding grows, through ping-ponging between wide and narrow, environment and focus. This will change media itself.

Are you a software company that wants to invent the future of media? Do you work at one? Do you have a favorite tech company that you’d like to see do this? 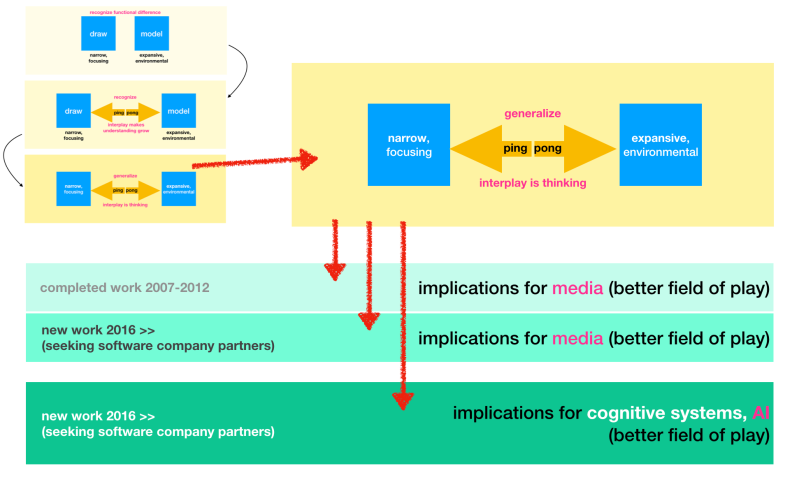 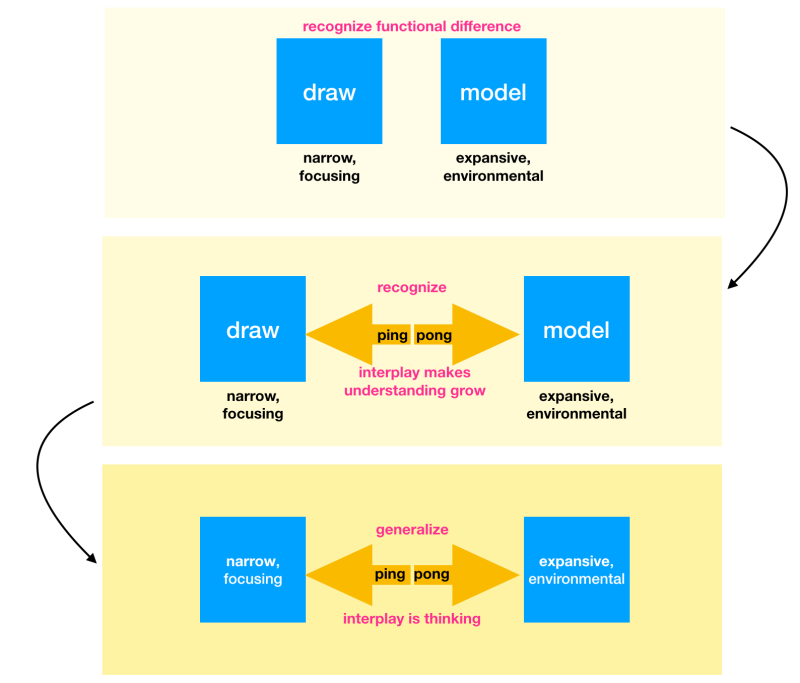 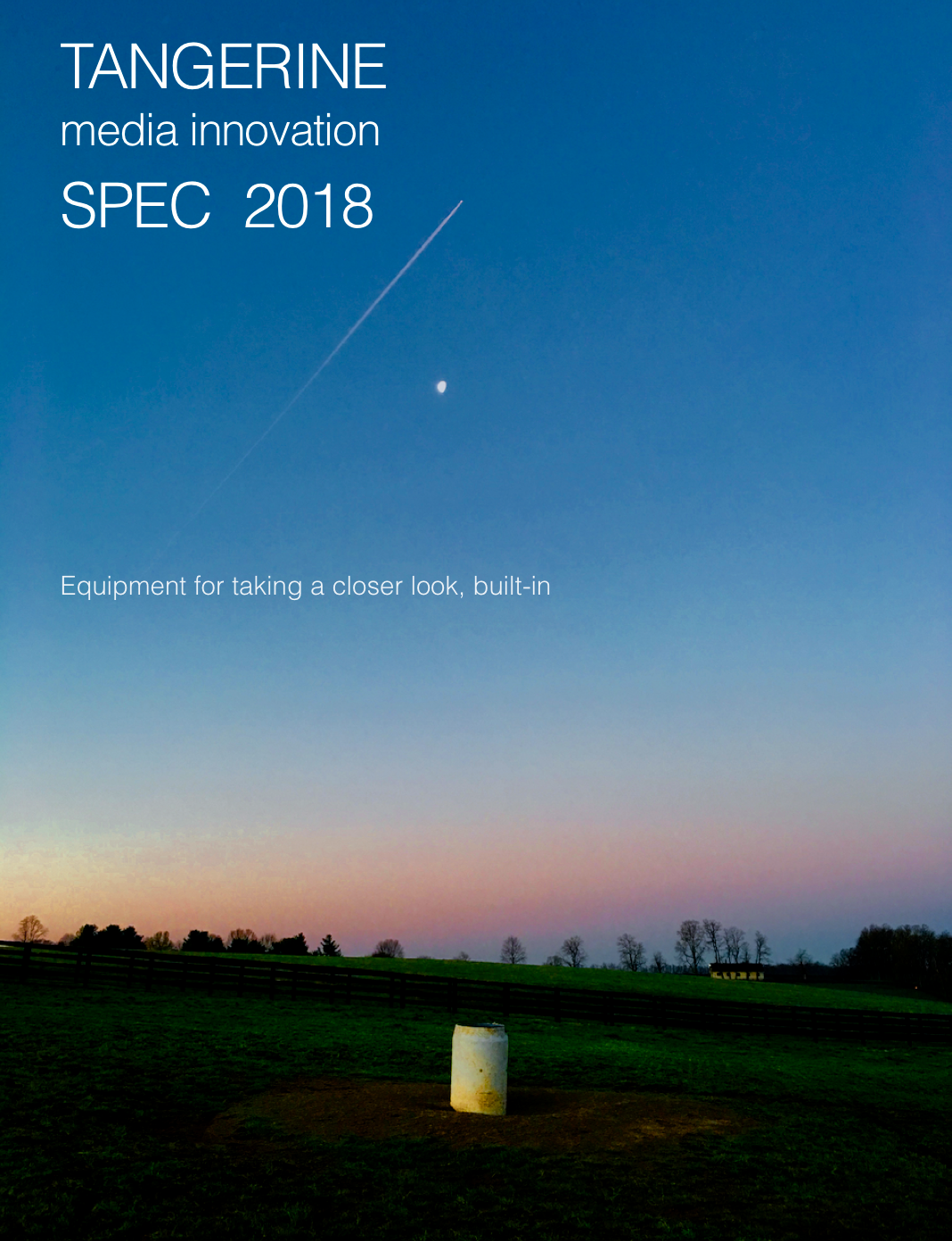