The “drawing vs model” debate is wasting this industry’s energy

The “drawing vs model” debate is wasting this industry’s energy, wasting opportunity to develop significant innovation. The opportunity is wasted because the entire “debate” is founded on conceptual error.

When we make technical drawings, construction drawings, or even conceptual sketches (see thoughts on Picasso Plain Bull here https://tangerinefocus.com/2017/06/04/the-field-of-play-iv/ ), what we’re doing is narrowing down, focusing in, taking a closer look, articulating and making something that matters clear.

When we’re modeling we’re developing the expansive whole of an environment.

These are two fundamentally different things. Because of that fundamental difference, putting them in opposition to each other (“drawing versus model”) is totally meaningless and a waste of time and energy.

A productive use of creative human energy is to recognize these functional differences, and seek future innovation in media that better expresses these two distinct functions:

1. the expansive whole of an environment (modeling)
2. the act of narrowing down, taking a closer look, and making something clear (“drawing”)

Media itself can evolve, should evolve, must evolve, to better support the expression of each. This is the role of software companies.

There is a useful analogy. 100 years ago we had recorded sound and silent moving picture. These were not put into opposition (recorded sound vs silent film). Instead: Fusion. Sound was infused INTO silent film, transforming both picture and sound, amplifying the power of both, and creating a new medium far more expressive, communicative, creative, supportive of human thought and understanding.

The same is to be done with “drawings” and “models”.

Graphisoft did that in BIMx-Docs in 2013. When I worked at Bentley we did it the year before in 2012 with “hypermodel”. Since 2012, drawings are automatically infused in-situ within models. Here are some videos showing examples https://tangerinefocus.com/earlier-media-innovations/

Patents were granted on that last year, to my former employer. I wrote the patents, and the work was my idea. The patents are listed here https://tangerinefocus.com/2017/07/19/tangerine-3/

These patents, though granted, are now, however, totally obsolete and irrelevant. Independently in 2016 (I left employment at Bentley in 2015) I’ve conceptualized the next evolution of these ideas. The new work surpasses the earlier work. 2012 was just a little baby step. The 2012 work was a fusion of drawings literally as they are, into models.

My new work now is based on re-envisioning how drawing (the act of taking a closer look and making something clear) is expressed. This is a powerful new expression of the FUNCTION of drawing, expressed within models. The ideas that I have now, when commercialized, will represent as significant an advancement in media itself as the fusion of sound into film 100 years ago. This new media will be useful to everyone in every industry that uses either drawings or models or both, and it may also contribute in the field of cognitive computing, machine intelligence.

Going back to the most practical matters. A set of drawings allows an architect and engineer to be very clear in certifying that specific communications have been well enough reviewed to meet their professional standard of care. This is possible because a set of drawings represents a finite number of locations at and about which certified communications are made.

Without that act of “narrowing down” to a finite set of certified and clear communications, that required act of certifying, your communications, becomes meaningless. If you can’t say, ““here” and “here” and “here”, in the model, I’ve looked, and I certify”, then what you’re saying is that a model IN ITS ENTIRETY, meets the standard of care. Such an assertion means that “everything that should be present in the model, IS present, EVERYWHERE. And that nothing that matters is missing, anywhere”. This is a meaningless assertion that simply cannot hold up after thinking about it for 2 seconds.

And the reason the assertion collapses, goes to an even more fundamental problem. The human mind simply cannot comprehend complex things whole. Human understanding, in all cases, not just in engineering and design, comes from an interplay, a ping-ponging, back and forth between the wide expanse of a whole environment, and the intellectual act of narrowing down, focusing in, simplifying, making things clear.

You actually cannot well and truly understand your own models, even as you yourself are building those models, without the act of narrowing down and focusing in, in specific ways to make certain things that matter clear, to yourself and to others (that act is “drawing”). And the reverse is true. You cannot understand your own drawings, even as you yourself draw them, without the intellectual act of instantiating those drawings in-situ within the spatial whole of an environment, within a model (mental model, or digital AND mental model).

I am seeking a software company partner to work together with/for, who is interested in these ideas and wants to commercialize them. For a short term contract I will work with any interested software company and share my media innovation ideas in full. The implications for cognitive computing I’ll keep separate for now, for a future business.

I am at your service. 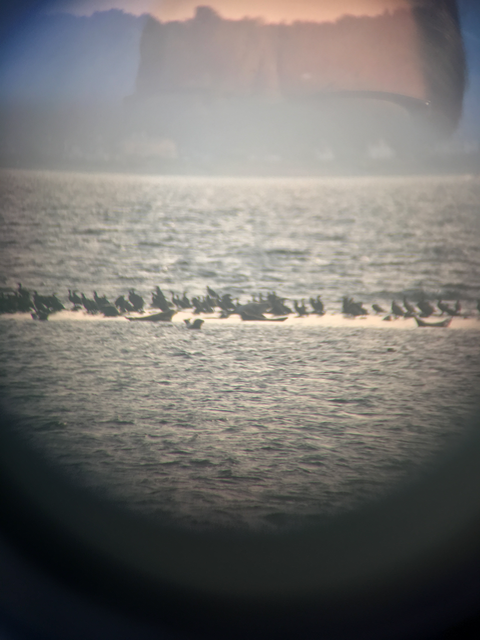